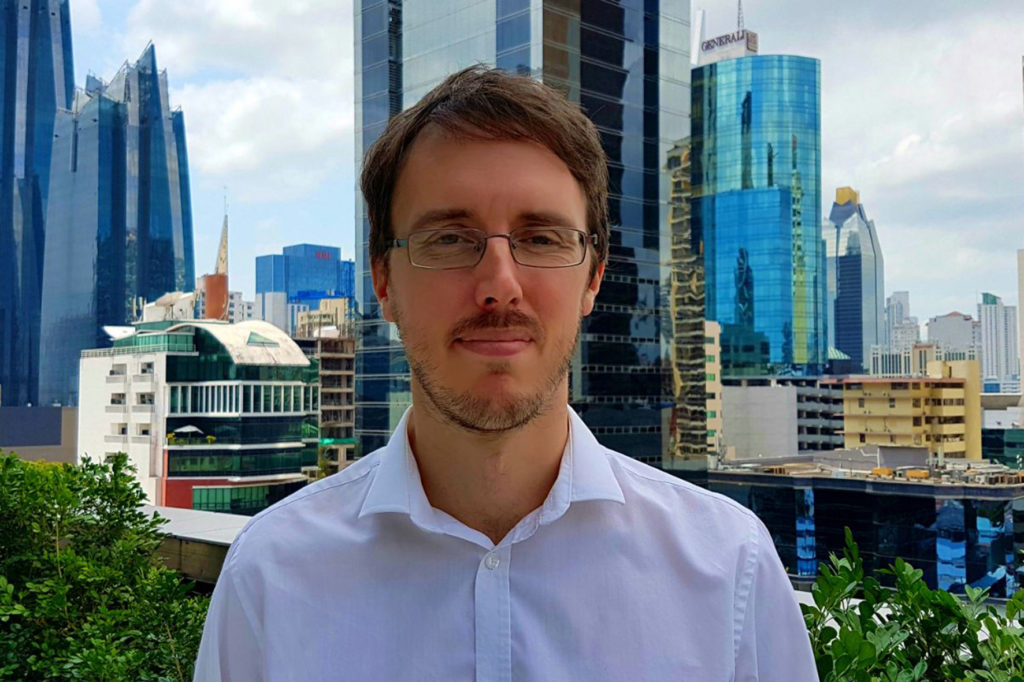 In 2019, an interesting trend started to appear in the PV market; the increase in module peak power was not being driven by improved cell efficiencies, but instead by making the PV modules bigger. Over the course of 2019 and 2020 modules of over 400 W started to appear, with some astonishing powers being announced by module manufacturers. Now we’re seeing very dramatic increases in power being brought about simply by having larger module sizes.

It is tempting to look at this trend and think that there is nothing really innovative about it – haven’t module manufacturers essentially just stuck two modules together? But none of this could have happened without some important technological advances that happened previously, what we are seeing in the market right now is a phase of permanent readjustment to module sizes that simply wasn’t possible before. In particular, split-cell, multi-busbar and dense interconnection strategies have opened the doors to numerous possibilities of connecting cells together in a PV module, which has led to the baffling range of modules now available in the market.

The use of these large format modules allows for some important cost savings on the module itself, since one large module uses less metal framing than 2 smaller modules. There are important balance of system savings too when building utility scale PV plants.

Although this phase of readjustment is disruptive, there are signs that the market will start to consolidate around a couple of new ‘standard’ module sizes for utility plants. These new modules are being rapidly adopted into new PV plant designs, so the large-scale format is definitely here to stay.

The main technological driver pushing the new large format PV modules has been the changing sizes of the wafers, which have increased from the original standard 156mm sizes to 182mm and 210mm.

There have also been important technological advances such as multi-busbar technology, which has in turn led to methods of reducing or eliminating the distances between cells – tightening things up and making larger format modules not quite as large as they otherwise might be.

These technological innovations ultimately opened a floodgate that have allowed module manufacturers to try out different cell sizes, cutting them up and re-combining them in various ways, creating a myriad of new module sizes and types. All this has led to a somewhat confusing proliferation of different modules in the market; system designers are being marketed a number of different products without knowing which is really best for their project.

All these changes have also been disruptive to suppliers further up the supply chain, who need to produce ingots for the new cell sizes, as well as glass, backsheets and other balance of material items to handle the new module sizes.

The more they can standardise, the cheaper the product becomes. This means there is a strong motivation now for manufacturers to consolidate around just 1 or 2 module sizes; most manufacturers are now banking on either the 182mm or 210mm size cells.

The use of large format modules could provide important savings on the balance of system costs when building a utility scale project.

For example you could use standard trackers, with the same motor, but with larger modules handling a greater power. Therefore less trackers are required and less assembling. Less modules means less fixings, bolts or clamps on the frames, for both fixed and tracker systems. 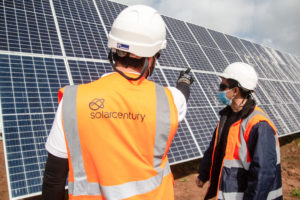 There could also be savings on cabling. If a module jumps from 400 W to 600 W, but the string voltage is essentially the same, then the same cable is dealing with 1.5 times the amount of power, meaning less cabling for the same peak power.

However, for the PV plant designer, the use of large format modules introduces some interesting challenges.

Up until the advent of large format modules, a plant designer could keep the pitch between module rows exactly the same, and an increase in power would simply mean a potential premium to be paid for a more efficient module. But with larger sized modules, the designer needs to increase the spacing between mounting structure rows to limit the impact of increased inter-row shadings.

Planning applications must be carefully thought through. If a developer has achieved planning consent on a tracker system, assuming the maximum height, then they might well be restricted in the use of the large-format modules which will attain a higher height at peak rotation.

The height and weight of the modules produce interesting physical challenges during installation. Modules may require 2 people to manage them rather than one. On a commercial rooftop under windy conditions, this can open up important Health and Safety implications to factor in.

Over the last few years, there have been a number of wind incidents that have caused large amounts of damage. There have been quite extreme incidents where entire PV plants have been wiped out by hurricanes, but additionally quite a lot of destruction has been caused by relatively low wind speeds on some tracker systems.

It is very important to engage the tracker manufacturer early on in the design process, since they might need to make some important adjustments to the proposed design in order to accommodate larger modules. The tracker manufacturer may advise that the tracker cannot withstand the increased wind load at that location, especially around the edges and corners of the PV plant where wind effects are stronger. This could eliminate the BOS advantage of using the large-format modules in those locations: it may even make the overall installation more expensive.

The large format modules have been designed in such a way as to keep the voltages as similar as possible to the 72 cell formats designers are used to. In some cases, the voltages have decreased, allowing for string lengths of longer than 30 modules on a site, which can reduce cabling costs.

However, trackers are designed for strings of no more than 30 modules. So the tracker manufacturers need to develop products that can cope with longer string lengths that are more resilient to wind effects before BOS savings can be realised.

Additionally a large number of PV plants are being built with string inverters optimised for 72 cell modules. If the designer uses large format modules and the oversize ratio is excessive for the inverter, then only a limited number of strings would need to be connected to the inverter and other inputs and available MPPTs that are available would be wasted. Inverter manufacturers have a tricky job to guess which large-format design is going to win out, and to create products that are better tuned to the new generation of modules. 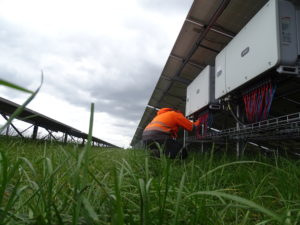 Large-format modules in the long term

There remain a number of questions: Will larger cell sizes will be more vulnerable to mechanical stresses and therefore micro-cracking? Will the denser interconnection methods put more stress on the PV cells than the older designs? How easy will it be in the future to obtain replacement modules of the same type for covering guarantees or replacing breakages, given that combinations are currently diverse but will soon consolidate? For imminent projects, one should definitely factor in enough spare modules to last the lifetime of the project, in case it is a challenge to find them in the future.

Despite these questions, and the disruptions to existing supply chains and components, the cost savings mean that large-format modules are here to stay. Alongside further module innovations, such as bifacial modules, modules of the near future could look quite different to the 72-cell modules we’ve been used to.

This is an abridged version of the original article published in PV Tech Power magazine, December 2020 https://store.pv-tech.org/store/pv-tech-power-volume-25